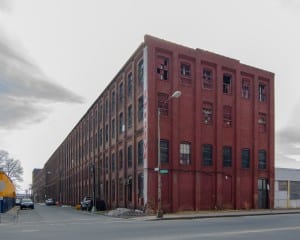 The Knox Automobile Company at 53 Wilbraham Road was a leading manufacturer of gasoline engine vehicles during the first two decades of the 20th century. The building was constructed in three stages between 1891 and 1910. The company built touring cars, delivery vehicles, and fire trucks. The Springfield Fire Department, in fact, was the first in the nation to become fully motorized.

Neglected for decades, it is now tax-foreclosed by the city.

Historic industrial buildings have successfully been repurposed as loft housing all over the country. Directly across the street from this building the old Indian Motocycle Factory has been converted to housing. SPT has written the Mayor to encourage the city to find a developer that will restore the building for a new use.